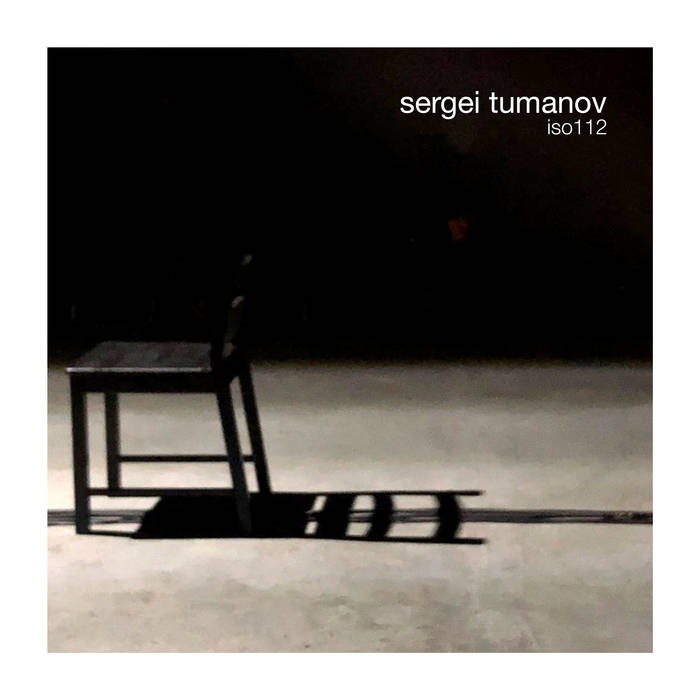 1. Isolation | 6:00 min
This track was recorded for a COVID related sound-art project but was never released before the album. The basis of the composition is a radio which is transmitting local news (from Melbourne, Victoria, Australia), the sound of which is changing and even distorting to create new layers of the general structure and to "dictate" a compositional development of other instruments.

2. Under The Surface | 17:00 min
This composition is written as a soundtrack to a video installation (released by UNDER SOUND (Australia) earlier in 2020) and is dedicated to the World of 2020. It represents the feeling of being in a limited space with lots of pressure from all directions. The original installation can be found on UNDERSOUND YouTube channel under the name: Sergei Tumanov - Under The Surface (video installation)

3. Birds | 19:00 min
This composition is a mix of radio, modular synth and field recordings.
The idea is to remind a listener of how important it is to appreciate little things in life, in this case, the sounds of nature. For example, the sound of ocean waves which before could be easily enjoyed on a daily basis by most Australians suddenly became inaccessible under the restrictions of lockdown.

The "sea waves" are modulated artificially by using radio and white noise. The field recordings also consist of birds singing recorded from a nearby park at the time before the lockdown and a freeway sounds as a representation of a "living city" vibes.

The total time of all three tracks of the first part is 42 minutes which represents 42 days lockdown restrictions which were imposed by the Victorian Government Lockdown Plan for Melbourne, Australia.

4. The Sounds Around Me | 35:00 min
Following the initial 42 days of lockdown, the local government has assessed the situation and made a decision to extend lockdown indefinitely until critical data statistics did not show that it is safe for the lockdown to be lifted. These additional days of being in a lockdown are represented in this composition.

This track consists of field recordings made on daily basis and each being of 1 minute in duration, representing every lockdown day between 14 September - 18 October.

Every recording was made daily, at the same location at 9 PM - the time of curfew commencement. All tracks recorded in Wantirna Suburb (part of the Melbourne city).

The idea behind this work is to demonstrate the sounds associated with the curfew (9 PM - 5 AM) which took place during the extended lockdown in response to the second wave of COVID-19 in Victoria State. On 18 October State Government announced a number of restriction easings. Regional Victoria was moved to "Stage 3 Lockdown", with restrictions easings including the reopening of most businesses to the public, increased seating in hospitality, the allowance to have visitors in households and the resumption of a number of indoor sports activities, increasing the 5km travel limit in metropolitan Melbourne to 25km and removing the curfew.

This track contains 35 minutes of a field recording made at the same spot with the previous recordings. The recording was made on New Year’s Eve and represents the sounds and atmosphere of ordinary suburbian life after the lockdown.


---
ISO stands for Isolation and comes from Australian speakers’ tendency to abbreviate certain words, with such abbreviations then becoming a common speech (e.g. Macca’s to mean McDonald’s, iso to mean isolation).

Melbourne metropolitan and the state of Victoria exited the lockdown on 27 October, Victoria recorded its 28th consecutive day of 0 new cases and 0 deaths, and had 0 active cases, epidemiologically eliminating the virus.

Duration of lockdown in Melbourne and in Victoria was 112 days, from 9 July 2020 - 28 October 2020. The album conceptually represents this lockdown period of 112 days by having a duration of 112 minutes.

The album is dedicated to everyone who was affected by the COVID19 during 2020, in one way or another. A special dedication is to all the artists and performers worldwide whose ability to lead their creative lives was drastically impacted by the COVID-19 and response to it.